The second week is now over! My goal for this week was to get into the top 20k, but obviously that wasn’t quite reached. Let’s get into why.

I tried to mix in a little bit of DT / farming this week to diversify my skill sets. This week’s schedule has pretty much been split between alternate DT+farm and aim practice days. DT-wise, I’m pretty pleased with where my reading is going - adapting my eyes and movements to aim and read higher ARs. Streams are okay-ish but very dependent on the context, e.g. switching from taps to triples is still a bit of a struggle. These are things which I have very little experience with in general since DT only started getting used after I quit. Taps are feeling really good - I can pretty easily tap 260BPM or so consistently and max out at around 280BPM.
It’s a little unexpected that tapping has become my best aspect after being my worst previously, but I’m not complaining!

Aim is and will continue to be a constant struggle. It’s not bad (imo), but I have some annoying habits, including laziness and general inconsistency in part due to nerves. When it works it feels so good, but I just need to make that consistently happen. Regardless, I’ve set some scores which I’m happy about. 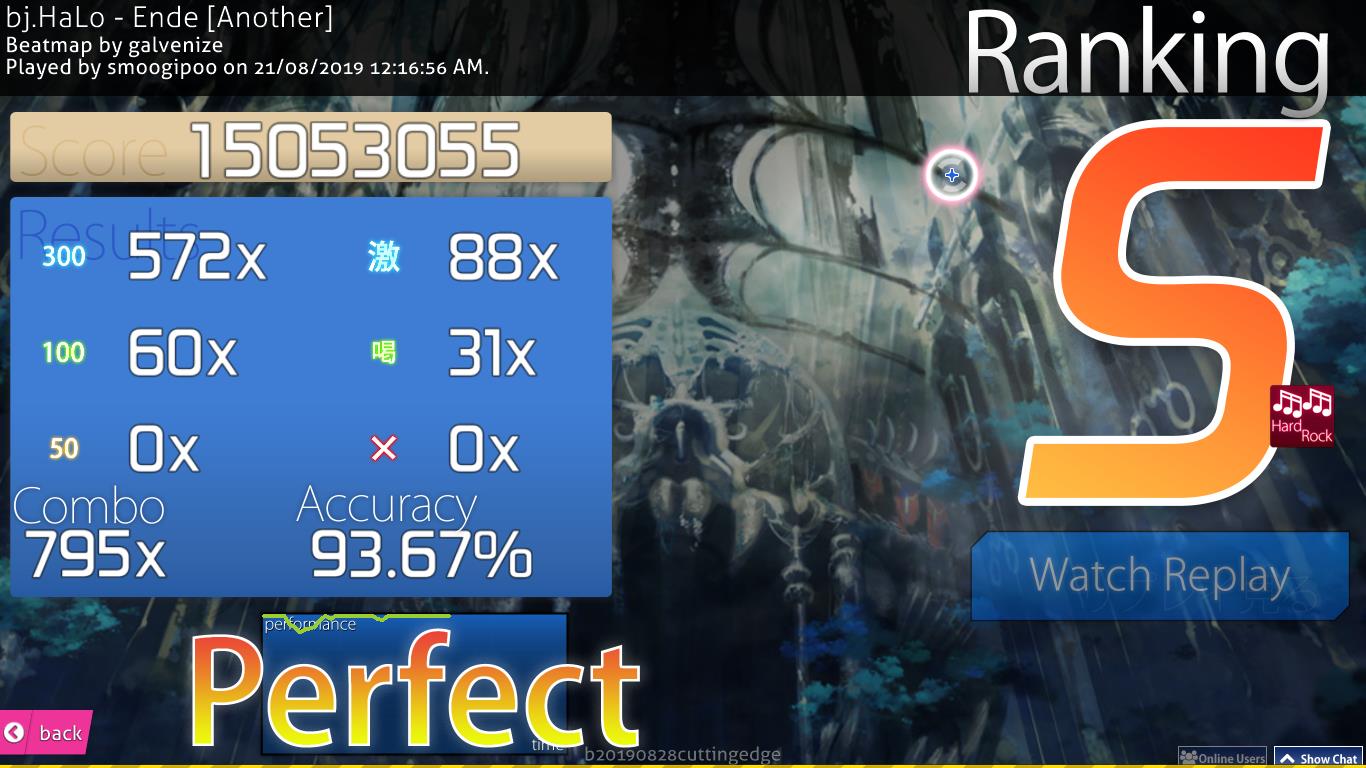 While not a great score, this was only my second attempt after 5 years and one of my top most-played beatmaps from that period. Accuracy issues are just due to sightreading.

Finally, my aim still stutters. It rarely happened at the start and got worse towards the end of the week but I’m really paying a lot of attention to my grip and movements to nail it out.

At this point I think I’ve surpassed my previous skill level in every way, so from here on it’s a matter of going beyond that. Once again, this week is a little bit of a break week while my hands and mind reset themselves. Week 3 will begin on September 7th, but I may begin earlier than that.

If you’re interested in following my progress, I’ll be streaming on Twitch.tv from around 20:00 UTC+9:00.